“Motherhood” a short story by Jessica Tumino, appeared in Issue 20 and can be read here. 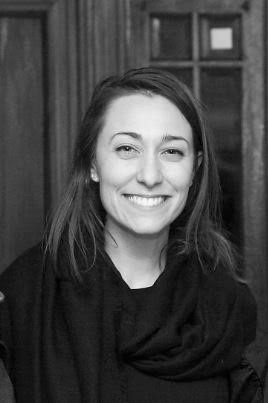 A while ago, I read “Japan’s Rent-A-Family Industry,” an article in The New Yorker which explores the lives of actors who fill in for absent family members. In one case, a single mother had hired an actor to play the father of her daughter. Because of his presence in her life, the girl’s grades, behavior, and quality of life improved—but years passed, and she had no idea this man wasn’t actually her dad. To the mother, the truth didn’t matter as long as her daughter was happy.

“Motherhood” came from an interest in situations where appearance matters more than truth.

Convincing the reader of an American reality where it’s common for people to hire actors to fill gaps in their lives. Then the usual stuff. Finding the narrator’s voice. Pacing. Getting the ending right. Tying up loose threads. Avoiding melodrama. Avoiding politics. Staying off Instagram long enough to write one sentence.

Norm Macdonald’s Based on a True Story. Macdonald blurs the line between autobiography and fiction. I love when stories erase the line between realities. This novel does that with some dumb jokes along the way. It helps if you’re into Macdonald’s comedy, but he’s also a good writer.

Blind Willow, Sleeping Woman is the reason I write short stories, so I would love to sip chamomile tea across the table from Haruki Murakami. He could drink whatever he’d like, but I’d have to drink chamomile.

I’m working on a short story divided into six sections, each with a different protagonist, setting, and conflict. Each section is about three pages long. It’s loosely inspired by If on a winter’s night a traveler and currently makes zero sense.

Our thanks to Jessica for taking the time to answer a few questions and share his work. Read Jessica’s story, “Motherhood” here: https://www.sequestrum.org/motherhood.

Jessica Tumio received her MFA from Fairfield University in January 2018. Her first story was published in the Spring 2018 issue of Carnegie Mellon University’s Oakland Review. Another story of hers is listed as a semi-finalist in Nimrod’s The Katharine Anne Porter Prize for Fiction contest. She currently works as a copywriter for a shoe company.