The poems “Ravens” and “Crowtime” by Angela Patten appeared in Issue 13 and can be read here. 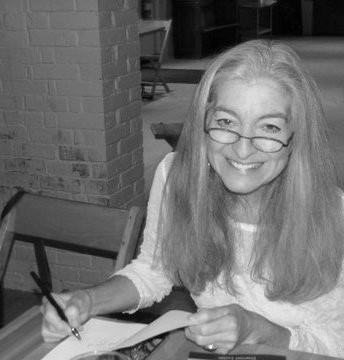 My poem “Crowtime” is part of a series I have been writing about the interplay between humans and birds in our lives and imaginations. I was fascinated by the huge gatherings of crows in my neighborhood during the winter months and this led me to think about collaboration versus individualism. I thought about my father who was an Irish fiddle-player and often played in ceili bands and in sessions in pubs and concert-halls. When I was growing up in Ireland, he often brought his musical friends home for a session and my siblings and I loved to observe their tics and oddities from a safe distance. But more than the music itself and the entertainment it offered us, I was struck by how the musicians worked to fit in rather than stand out. When two disparate things come together, as they did in this case, there is the possibility for a poem.

As always, after an initial draft, the challenge is to find the exact words, the precise image, that seems to capture the essence of the poem and to pay attention to alliteration, assonance, etc.  One becomes a little obsessed.

“The Vermeer Suite” a collection of poems by my husband, poet Daniel Lusk, published in 2015. The book contains gorgeous reproductions of Vermeer’s paintings as well as a series of luminous poems inspired by them.

Irish poet Eavan Boland. She was born and educated in Dublin, my home town, and she brought up her children there. She also lived in the U.S and London as a child. For many years, she has divided her time between Stanford University’s Creative Writing Program and her home in Dublin. Ms. Boland is a decade or so older than me, but the epigraph in her most recent book speaks to my experience:  “This sequence is dedicated to those who lost a country, not by history or inheritance, but through a series of questions to which they could find no answer.”

I’m continuing to work on a new poetry collection that will include a series of bird poems, tentatively titled “The Oriole and the Ovenbird,” and I’ve been invited to read my work in West Cork, Ireland, in June.

Our thanks to Angela for taking the time to answer a few questions and share her work. Read her poems “Ravens,” and “Crowtime” here: https://www.sequestrum.org/poetry-by-angela-patten.

Angela Patten’s most recent poetry collection, In Praise of Usefulness, was published by Wind Ridge Books (Vermont) in 2014. Two previous collections, Reliquaries and Still Listening, were published by Salmon Poetry (Ireland). A prose memoir, High Tea at a Low Table: Stories from an Irish Childhood, was also published by Wind Ridge Books in 2013. Patten’s work has appeared in several anthologies and in many literary journals such as Nimrod International Journal, Poetry Ireland, The Literary Review, Prairie Schooner, Michigan Quarterly Review, and also Crosswinds Poetry Journal. She is the 2016 winner of the Cape Cod Cultural Center national poetry contest and earned an MFA in Writing from Vermont College of Fine Arts. Patten was born and raised in Dublin, Ireland and now lives in Burlington, Vermont, where she is a Senior Lecturer in English at the University of Vermont.