“Halfway,” “Sci-Fi,” and “Samsara” by Anthony Immergluck appeared in Issue 26 and can be read here.

We’d love to hear more about this poetry set. 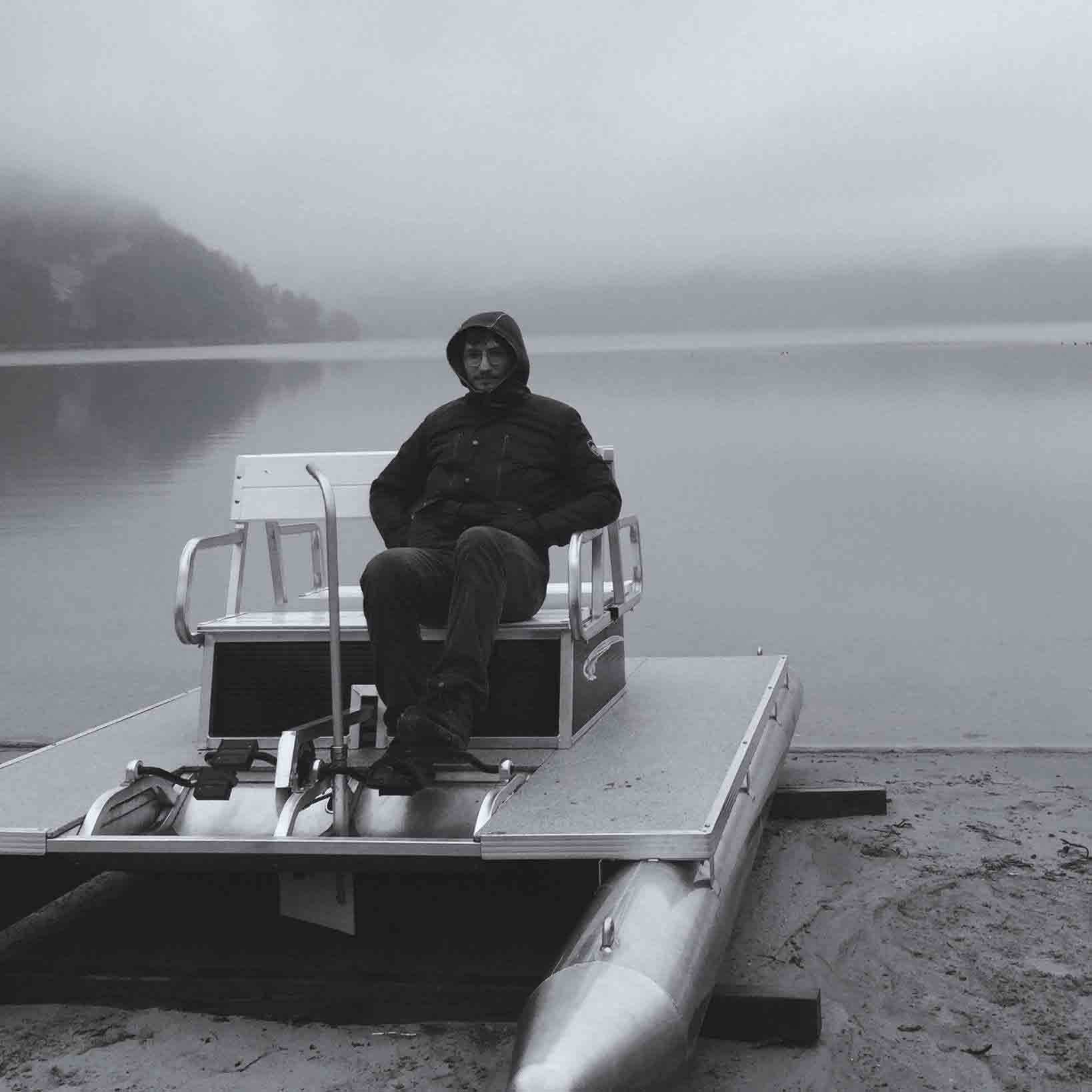 All three of these poems were attempts to write through my anxieties by nesting them in something magical. I find it freeing to approach a poem in this way – specific, concrete feelings in imaginary or impossible spaces. As both a reader and a writer, I often find that “genre” techniques like horror and absurdity can help unlock the emotional core of a poem.

Which of these poems was most difficult to write?

“Samsara” was originally a dozen-page project with multiple cantos. Over the years, I kept pruning it and pruning it until it was only eight lines long. I wasn’t necessarily trying to condense the poem so radically. I was just trying to make it better, and this was the structure that finally felt right.

It’s hard to recommend just one, but I’ll say “Electric Arches” by Eve L. Ewing. If anyone’s not familiar with Dr. Ewing, she’s a brilliant Chicagoan sociologist with incredible insight into local and global issues of race, glass, and gender. “Electric Arches” is a mixed-media poetry collection that focuses on her coming-of-age in the Chicago neighborhood of Logan Square, where I lived for a little shy of a decade. It’s personal but universal, gritty but fantastical, a perfect marriage of ideas and feeling.

Again, picking one is not easy. But let’s say Tracy K. Smith. I’ve loved her poetry forever, and I had the good fortune to hear her speak on craft once. I could easily have stayed in the auditorium for another five hours.

I’ve been shipping around a chapbook called, “Cohabitations,” which is a collection of poems that have to do with sharing space with other people. It mostly focuses on the compromises made between partners, families, and neighbors, and it inevitably glances a bit towards politics. “Halfway” is included. While I’m working on finding a home for that book, I’m also starting to see a new one take shape. I recently lost my grandfather, and I’ve been writing a lot about masculinity and illness. Almost enough to build a manuscript. I have a title in mind, so I guess that means I’ve got to go through with it.

Our thanks to Anthony for taking the time to answer a few questions and share his work. Read Immergluck’s poems “Halfway,” “Sci-Fi,” and “Samsara” here: https://www.sequestrum.org/three-poems-by-anthony-immergluck.

Anthony Immergluck is a writer, critic, musician, and publishing professional with an MFA in Creative Writing (Poetry) from NYU-Paris. Some of his recent work appears or is forthcoming in Nimrod International Journal, Sonora Review, Rumble Fish Quarterly, World Nomads, and the Los Angeles Review of Books. Anthony works as a traveling representative for W. W. Norton and as the Senior Marketing Associate for Tupelo Press. Originally from Chicago, he now lives and works out of Madison, Wisconsin.