“Visitation,” a short story by Brendan Stephens, appeared in Issue 24 and can be read here. 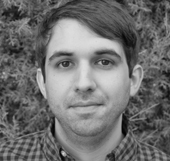 “Visitation” came about after I’d watched some documentary that included the girlfriend of a convicted killer. I told my wife, “I’ll never understand why there are people out there who would give up their family just to be with a killer with a life sentence.” And almost before I’d finished the sentence, I had decided that I should write a story about the subject just to see if I could make a compelling enough fictional reason that I convinced myself that it was inevitable.

What was the most difficult aspect of writing this story?

This might not be difficult in the traditional sense, but I did far and away more research on this story than any other that I’ve written. In order to to really understand the situation of women that fall in love with convicted killers I read just about every article on the subject and watched every interview I could find. Of course, some of those smaller details ended up being cut out in revision, since I was creating a character and story instead of a mashup of psychological profiles. But even finding the right balance for that was tough.

Just one? Ouch. I’m going to have to go with Weike Wang’s Chemistry. It’s a really beautiful debut that deserves all the praise that it has received.

Colson Whitehead for sure. Every time I’ve seen him read or give an interview he’s been hilarious and personable. He seems like the kind of writer that would be fun to be around even when the conversation moves away from writing and books.

I’m currently entering the revision stage of a novel that is about disappearances in a small Appalachian town. There is a good bit more work to do, but I’m just so happy to have exited the pure first draft stage. I drastically prefer revision to drafting, so I’m excited for writing to become fun again!

Our thanks to Brendan for taking the time to answer a few questions and share his work. Read Brendan’s story, “Visitation,” here: https://www.sequestrum.org/fiction-visitation.

Brendan Stephens is currently in the Creative Writing and Literature PhD program at the University of Houston where he serves as the online fiction editor for Gulf Coast Literary Magazine. His previous work has appeared in Epoch, Southeast Review, Notre Dame Review, Carolina Quarterly, SmokeLong Quarterly and elsewhere. He is the recipient of an Inprint Donald Barthelme Prize.