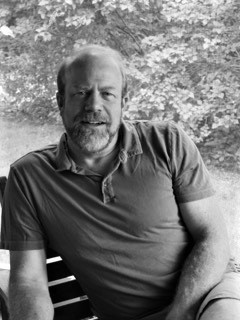 “Before and After” by Charles Watts appeared in Issue 15 and can be read here.

We’d love to hear more about “Before and After.”

Two things drew me into writing this story. One was that I often find myself creating narratives about beginnings and endings. Usually these are pretty much made up, but I find them comforting. I wanted to imagine what someone might feel if those stories were unclear or nonexistent. That lead me to the second thing, which is how grief, in my experience, is especially slippery when it comes to beginnings and endings. Hard to know when it starts and perhaps harder still to trust that it has ended.

Well, appropriately enough, it was the beginning and the ending! The beginning was hard because it came from a real-life experience so I had to wrestle it away from the actual. The ending was a challenge because I wanted to convey a meaningful change in the characters without being too heavy-handed or too obscure. I’m never quite sure if I’ve succeeded with that delicate balance.

I would recommend Reptile House, by Robin McLean. It’s a dense collection of short stories that play, visually, on high definition. The stories investigate that constant battle between what we know and what we experience. So many moments are surprising and unexpected and yet, seconds later, they feel like the exact and necessary thing. Seahorses with foot-long tongues. A little blue caterpillar walking on dough. Twenty-two feet of frost. It’s all there.

For a sit-down drink, I would pick George Saunders because, in addition to all the amazing and crazy things he sees in the world, the way he talks about the art and craft of fiction is incredibly intuitive. I feel like he could solve almost any writing challenge. (If it wasn’t a drink, but something more active like nailing shingles or changing spark plugs, I’d go for Cormac McCarthy, because I’m guessing it would be a gift just to listen to him describe what he was doing!)

I’ve just finished rewrite number two-and-a-half of a novel that I am hoping an agent might read if I can get sufficiently organized to send it out. I procrastinate from that by writing short stories – or at least their beginnings and endings.

Our thanks to Charlie for taking the time to answer a few questions and share his work. Read “Before and After” here: https://www.sequestrum.org/fiction-before-and-after.

Charlie Watts grew up on the campus of Bucknell University in Lewisburg, PA, and a family farm in Freedom, NH. He earned both his BFA (1986) and MFA (1992) from Brown University in Providence, RI, studying with writers including Meredith Steinbach, Robert Coover, John Hawkes, Edmund White, and Michael Ondaatje. Charlie, who returned to writing in 2013 after a long detour into communications consulting, has published in Clerestory, Carve, The Drum, Narrative and Philadelphia Stories. His story, Arrangements, won the 2015 Raymond Carver Short Story Contest. He was also a finalist in the 2016 Hemingway Shorts contest sponsored by the Ernest Hemingway Foundation of Oak Park. He and his wife, a chaplain, have three grown children and live in New Hampshire.