“What She Sees,” a short story by David Fleming, appeared in Issue 14 and can be read here. 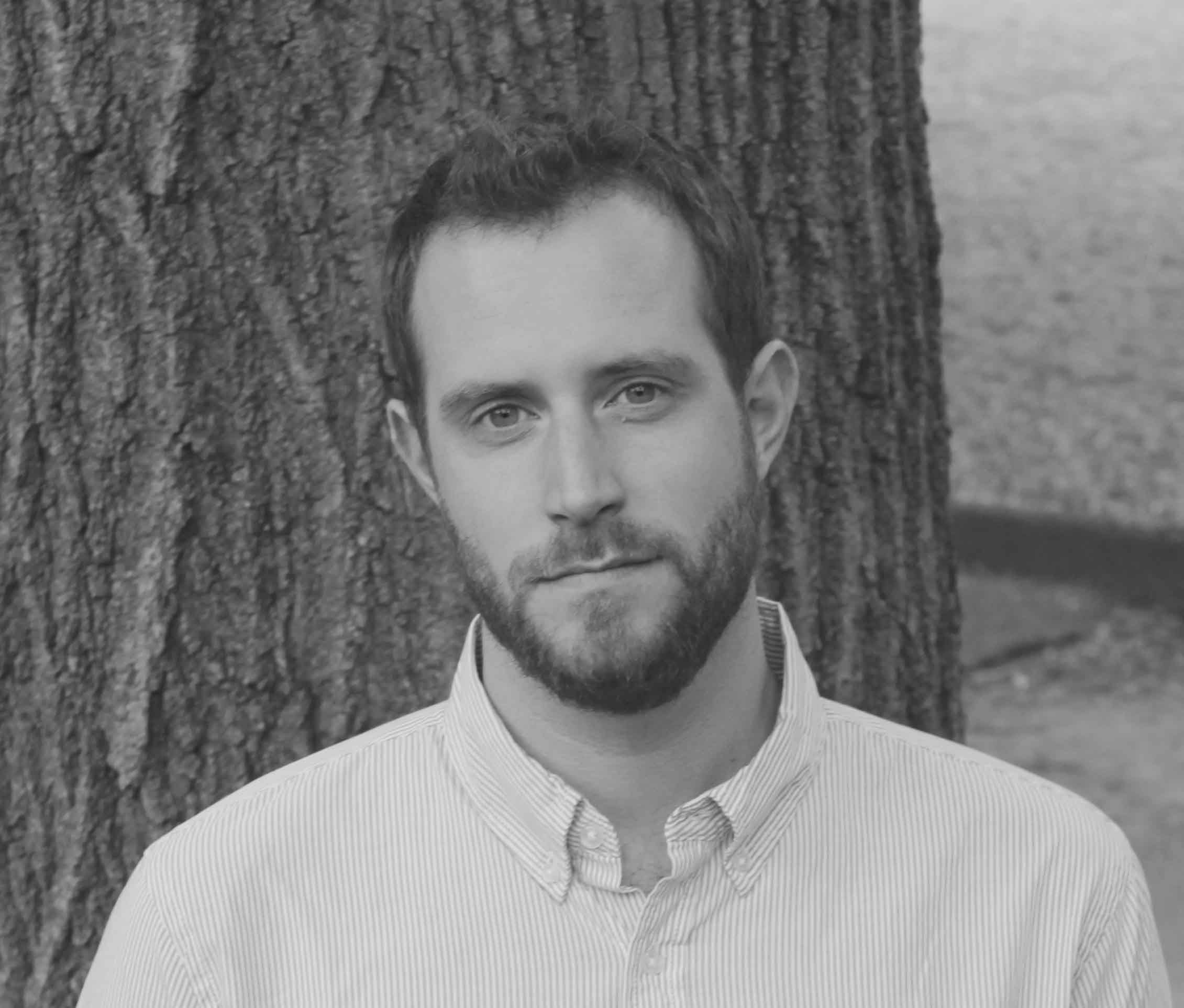 Tell us a little about “What She Sees”.

“What She Sees” is all about regulation. I started writing it at a time when I was realizing how much work goes into managing the variety of social relationships I have. When we look at healthcare, or sports, we can see systems that explicitly manage the irregularities or failures of the human body. I think there are also ways we tacitly manage behavior in relationships with partners, with kids, and most consequentially in this story, potential lovers. I’m interested in the routines and procedures we follow when we interact with our spouses, put our kids to bed, and cheat—or avoid cheating. The story necessitated thinking through all the factors that comprise or compromise these processes, and how they affect Melissa and Natasha differently than Darren. Going through these steps, like writing about them, is painstaking, and grueling. But sometimes the motions are transcendent, and feel less like following rules, and more like performing choreography.

I’ve had a hard time learning how to depict fathers in my stories, and “What She Sees” is no exception.

I was a stay-at-home Dad for much of my twenties, after years of taking care of people with disabilities in my teens. My self-identity has always been connected to nurturing others, so adult masculinity, and the power men traditionally have in relationships, has been a weird thing for me to grow into and understand.

This is a bit silly—even embarrassing—but I often write this “good guy” character. He’s a great dad, and he loves his wife. He’s got a pretty sweet life. But my teachers and colleagues have told me I don’t always make it clear that this character has major flaws, that he struggles, and that he feels the consequences of his actions in the midst of crises.

In several early drafts of “What She Sees,” Darren’s movement between work and home was too smooth, the relationships were too insulated from each other. He was getting away with a lot, and he sort of floated from his wife to his work-wife without dilemma. I didn’t want to write a story that was overtly about infidelity, with seduction, and sex, and a dramatic confrontation at the end. So I had to learn how to situate scenes in such a way to draw out the tension between Darren’s roles, and to make him feel the weight of his decisions.

1) Alexander MacLeod’s Light Lifting has had a big influence on me. The stories “Miracle Mile,” “Wonder About Parents,” and “The Number Three” taught me a lot about how to use my skills to serve a story.

2) Lauren Groff’s Delicate Edible Birds is just devastating. The title story, and “L. DeBard and Aliette” are heartbreaking. They are long stories, but they are so well-paced, and Groff incorporates multiple viewpoint characters deftly. I have been studying them a lot so that I can use third-person narrators more skillfully in my own stories to avoid the trap of my “good guy” protagonist.

I’ve got two for this one as well!

1) Dave Eggers: When I was 17, I had mostly read Steinbeck and Faulkner and Hemingway. A Heartbreaking Work of Staggering Genius and You Shall Know Our Velocity were the first contemporary writing I fell in love with. I admire Eggers’ career in general—his commitment to citizenship, and activating his writing and publishing work to serve others. I find his books age well, and I understand more and more about the world with each read. If he would have a beer with me, I think we’d have spirited conversations, which might turn into unhinged arguments. He would win, of course, and I would lay my head down on the table, and he’d say “There, there.”

2) Anne Enright: Though she’s mostly known for her novels, Enright’s stories in Yesterday’s Weather shake me to my bones. I am in awe of how she portrays the many manifestations of desire in her work. I imagine her to be a wise woman from whom I could learn so much over a pint. Preferably a pint of Guinness. In a dingy Dublin pub. On a grey, rainy afternoon.

I’m a grad student, so I’m writing a story collection for my thesis called Behold the Man, which features performances of masculinity, exploring how the concept of nurturance can revise older ideas of manhood. Really, though, I’m trying to do some deep learning about how short stories work while I’m writing them. I think that’s a slower process than the workshop model accounts for, and I’m taking my time with it.

I’m also a poet, and I’ve got some work out to journals. I’m trying to find a publisher for a long erasure poem called Tribute, which is about revisiting masculine archetypes in the aftermath of my Dad’s death eight years ago.

Our thanks to David for taking the time to answer a few questions and share his work. Read David’s story “What She Sees” here: https://www.sequestrum.org/fiction-what-she-sees.

David Fleming is a fiction writer and poet whose work has appeared in Everything Is So Political and Impressment Gang. He lives with his family in Montreal.