The poems “Roil;” “Semper Augustus;” and “He Questioned Everything, Starting with the Pile of Balloons” by Eric Stiefel appeared in issue 21 and can be found here. 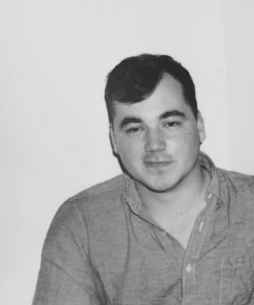 We’d love to hear more about these poems.

Often, I feel compelled to write when the ideas and notes I’ve been jotting down come to what feels like a boiling point.  I might have a handful of images or lines, but I don’t always know how they’re going to coalesce. At that point, I find it useful to look at art or read poems that I admire to find a place to start.   The anaphora in “Roil” was drawn from Aaron Coleman’s poem “St. Inside and Not” from his chapbook St. Trigger.  “He Questioned Everything…” was inspired by a digital painting I saw online one day, though I can’t find it when I go to look.  Finally, “Semper Augustus” was written as a kind of persona poem after looking at a painting of the most expensive flower that was ever sold.  It was traded for twelve acres of land.

What was the most difficult part of writing this piece?

Each of the poems in this submission felt like a new way of approaching subjects I’ve had difficulty talking about in the past.  In a way, I think being honest, viscerally honest, is the most difficult part of writing any poem.

It’s so hard to recommend just one.  But I think I would have to pick Allsion Benis White’s Please Bury Me in This, which is beautiful and chilling and formally transcendant.  It’s bewildering in the best way.

It would definitely be Haruki Murakami.  A couple days ago, I sat down to reread Wind/Pinball: Two Novels, which contains his first two novels, Hear the Wind Sing and Pinball, 1973.  In the introduction, he talks extensively about the impulse and frustration behind creating his first novel, struggling to find a style that suited him, toiling until things his words felt right.  As a writer who is very much in the beginning of my career, I would love the chance to talk to him now.

I’m currently working on (and sending out) my first full-length manuscript, which is called Roil, after one of the poems that was selected for Sequestrum’s 2018 New Writer Awards.

Our thanks to Eric for taking the time to answer a few questions and share his work. Read Eric’s poems, “Roil;” “Semper Augustus;” and “He Questioned Everything, Starting with the Pile of Balloons” here: https://www.sequestrum.org/poetry-by-eric-stiefel.

Eric Stiefel is a graduate of the MFA program at Washington University in St. Louis, where he also served as junior fellow in poetry. Eric’s work has appeared or is forthcoming in The Adroit Journal, Menage, Communion, Action, Spectacle and elsewhere.