Joseph O’Malley’s short story, “Ceci N’est Pas About You” appeared in our Summer ’16 issue and can be read here.

Tell us a little about “Ceci N’est Pas About You.” 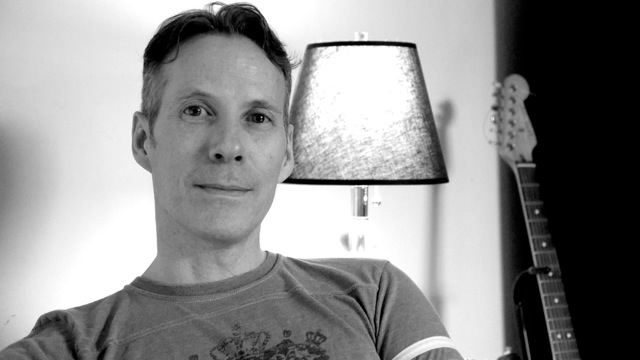 I was, and still am, genuinely furious that all the small businesses in Manhattan are closing down and being replaced by banks and super drug stores. Don’t get me started. Read Jane Jacobs’ book, “The Death and Life of Great American Cities.” Anyway, I really did have an urge to surreptitiously spray paint all the windows of banks that have usurped the spots of small businesses with signs saying THIS IS NOT A … (fill in the last business shut down here). But I’m neither that brave nor that energetic, so I wrote this story. At the time I was writing a lot of stories about gay men in Manhattan, thinking that would be a book of stories someone might want to read. I made up a gay version of the actor who portrays Dom Mazzetti on the YouTube channel BroLifeScience, plopped him into the Occupy movement in late 2011, and introduced my fitness trainer/artist character to a character I modeled after a man I see in the café where I write (about whom I know absolutely nothing).

I noticed that a disturbing number of my most recently published stories ended with a character either in bed or supine, so I decided I needed more ACTION. That was my task for this story. I have a task for every story I write, something I think I need to try that will make me a better writer.

How did the René Magritte artwork find its way into the plot?

Sometimes the bric-a-brac of thoughts and images in my brain forms something solid and useful without my realizing it. I wanted to write THIS IS NOT A BOOKSTORE on the window, thinking to myself but it should be a bookstore. Magritte’s pipe picture popped up because ceci n’est pas is a literal translation of this is not. I didn’t even know until after the story came out that the painting is actually called “The Treachery of Images.” Most people with a liberal arts education know it. It’s a painting of a rather charming looking pipe with the words ceci n’est pas une pipe written under it. Upon first encounter, you think, well yes, it is so a pipe. But the trick is that no, it’s not a pipe, it’s an image of a pipe. Okay, Magritte, ha ha, very clever. I gave my character, Mike, the signature of a pipe in the corner of his graffiti, and that fit with the idea of someone who is a Pipedreamer, someone whose big ideas will probably come to naught. Mike can’t believe the bank is a bank; it’s a bookstore taken over by a bank. But actually, no, it is a bank, whether we like it or not. (And we DON’T like it.) Then, regarding the relationship, the classic break-up line that it’s not you, it’s me worked itself in nicely. I must admit I didn’t think any of this out when I was writing. I wrote it first, not caring if it worked or not. It was only in the shaping stages that I decided it fit together in the right way. Language suggests other language, and I try to remember this when I’m feeling blocked. In this particular case this is not suggested this is not a pipe which suggested pipedreamer, and I ran with it.

I just finished writing a novel, so until—or if—I find someone to represent it and see if I can get it into the world, I’m getting back to writing stories. I started a screenplay years ago, and I may go back to that. I usually end up writing something that I feel I’m not “supposed” to be working on, whatever that means. I work best when I feel I’m writing under a rock with no expectation that anyone will ever see it, so I can write whatever I want. Hope may be the thing with feathers, but Expectation is the arrow that brings it thudding to the ground.

Our thanks to Joseph for taking the time to answer a few questions and share his work. Read “Ceci N’est Pas About You” here: www.sequestrum.org/fiction-ceci-nest-pas-about-you.

Joseph O’Malley’s fiction has appeared in a score of journals, most recently in Colorado Review, A Public Space, Glimmer Train, and Crazyhorse.