“The Things Between Myself and My Ceiling,” “Getting Smashed,” and “Locked from the Inside” by Kate Felix appeared in Issue 25 and can be read here.

We’d love to hear more about “The Things Between Myself and My Ceiling.” 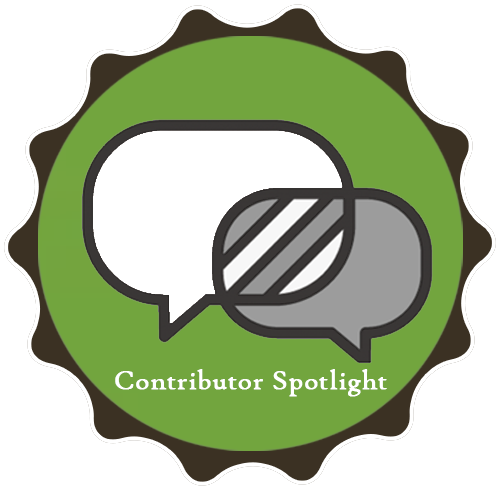 “The Things Between Myself and My Ceiling” was inspired by the close relationship my grandmother had with her neighbor and the grief that overtook her when the neighbor died.  I spent five years’ worth of hot summer afternoons watching them, both half in the can, play bridge on the veranda and the poem is an attempt to condense that perfect experience, and the mourning of it’s passing, into nineteen lines.

All three of my poems focus on the story of someone in my family.  When telling someone else’s story, even when one knows that person intimately, it is always difficult to find the right balance between artistry, filling in the unknowns, and respect for the ultimate reality of the story and the person who experienced it first-hand. I know the poem is finished when I think the person featured would look at it and say, yes, I recognize that as real.  That is to say that the person would feel understood, not fetishized.

I am a great fan of Miriam Toews’ “All My Puny Sorrows”.  Toews writes with remarkable intelligence and humor about a protagonist working through the grief of her sister’s mental illness.  It would be very easy to go wrong writing what is essentially a humorous book about suicide, but Toews does it with such respect for her characters and their struggles that it really works.

Vivek Shraya whose book “I’m Afraid of Men” I enjoyed immensely.  She writes about fresh and important ideas with a very honest “here’s what I think, take it or leave it” voice that I appreciate.  Also her twitter feed is funny as hell and, let’s be honest, if you’re going to spend ninety minutes of your life with a total stranger, it would really help if you could break the ice by laughing your ass off.

Our thanks to Kate for taking the time to answer a few questions and share her work. Read Felix’s poems “The Things Between Myself and My Ceiling,” “Getting Smashed,” and “Locked from the Inside” here: https://www.sequestrum.org/poetry-by-kate-felix.

Kate Felix (She/Her) is a writer and filmmaker based in Toronto. Her work has appeared in Room Magazine, Litro, and Cream City Review, among others. Her feminist short films have been selected for over fifty independent film festivals worldwide and have won numerous filmmaking and screenwriting awards. She is currently at work on a stage play. Her small daughter describes her as being ‘like a rainbow but with one stripe made of darkness’. Find her online at www.katefelix.com or @kitty_flash on twitter.