“Time Travel,” “The Fourth Madness,” and “Merely Human” by Leland Seese  appeared in Issue 22 and can be read here. 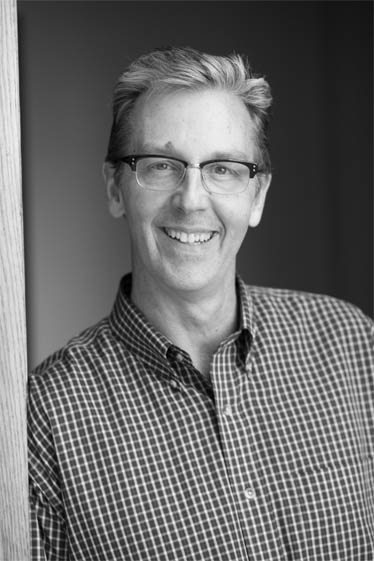 We’d love to hear more about “The Fourth Madness.”

“The Fourth Madness” grew out of two impulses that seem to guide many of the poems I have been writing: an effort to express the way that a kind of mystical reality can randomly rise to consciousness when we are going about mundane things; and a blending of pop culture with philosophical or theological themes.

In this case, I have tried to highlight these impulses by playing on the Fourth of July and a phrase from Plato’s Phaedrus, — “the fourth madness” — by which Socrates describes divine inspiration. The Beach Boys reference locates the epiphany in a rather standard-issue 20th century white teenager’s suburban bedroom.

I have read comments by poets I greatly admire (Marie Howe, for example), describing how they start with something like embarrassingly bad diary or journal entries, then work and work and work to shape them into poems. That was my experience with this poem.

I am greatly indebted to poet and writer Kate Lucas, who has been working with me for much of the past year (and whose poem “Quantum Physics on the Radio” was my introduction to Sequestrum).

If it’s poetry, I would choose Ada Limon’s The Carrying. She and her mentor, Philip Levine, are major influences on my efforts to write poetry.

If it’s fiction, I am addicted to murder mysteries, especially those that use the genre to go deep into the human mind and heart, or to comment on political and social issues. Dostoevsky’s Crime and Punishment tops this list for me. But in recent years, the Icelandic novelist Arnaldur Indridason’s Jar City would be my recommendation.

Li Young Lee. His poems, such as the well-known “Persimmons”, do what I mention above — reveal the mystical in the midst of the ordinary — as deftly as a master magician’s trick. In awe of Lee’s mastery, I find myself thinking, “How on earth does he do it?”

I have begun to assemble my first chapbook to send out to contests. I hope to have it ready in the next few months.

I like to tell my wife that the National Book Award is next for me. That fantasy keeps me going when I get discouraged!

Our thanks to Leland for taking the time to answer a few questions and share his work. Read Leland’s poems “Time Travel,” “The Fourth Madness,” and “Merely Human” here: https://www.sequestrum.org/poetry-three-poems-by-leland-seese.

Leland Seese’s poems appear in Juked, The MacGuffin, The Stonecoast Review, and many other journals. He and his wife live in Seattle with a revolving cast of foster, adopted, and bio children.