“Yoked,” “Dry Dock, ” and “The Douglas Fir Leans Toward the House and I Pretend It Doesn’t” by Lynn Otto appeared in Issue 10 and can be read here. 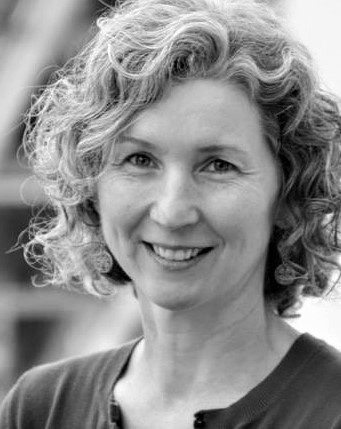 I wrote “Yoked” for my husband on his birthday. I was trying to write a love poem, which I find difficult, even though I love him. How the oxen got in there I do not know! But there they were, plodding along, and I liked them, and, fortunately, my husband did too.

“Dry Dock” began with a photo of a ship in a bottle. I asked myself, “How might the people who touched this thing feel about it?” “The Douglas Fir Leans Toward the House and I Pretend It Doesn’t” used to be three times as long. It needed a lot of trimming and rearranging.

What was the most difficult part of these particular pieces?

Dealing with the facts. My first draft of “Yoked” had a male and female ox yoked together. A little research revealed my error—such a pairing is rarely done. So I had to revise. I also did some post-first-draft research for “Dry Dock.” Ships in bottles are not made “with a chopstick and a very long tweezer.” But it seemed right that the wife in the poem was misinforming the admirers, so I let the line stand. As for “The Douglas Fir Leans Toward the House . . . ,” the fact is that it does.

Anne Carson, because I am smitten with her book Glass, Irony and God (New Directions Books, 1995) every time I read it. She’s intelligent and bold, and I’d love to talk with her about the voices of women.

I’ve been working on a book-length collection that explores the tension between familial duty/cohesion/acceptance and individual identity, and I’m beginning to send it out. It’s hard to say what’s next—I’m getting some glimpses of ideas for a longer poem.

Our thanks to Lynn for taking the time to answer a few questions and share her work. Read “Yoked,” “Dry Dock, ” and “The Douglas Fir Leans Toward the House and I Pretend It Doesn’t” here: www.sequestrum.org/poetry-by-lynn-otto.