Matthew Ulland’s poetry  appeared in our Summer ’16 issue and can be read here. 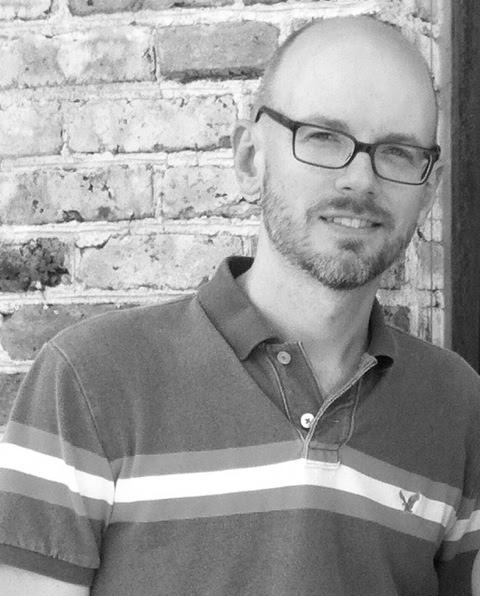 Except for “Exhale,” (and it may apply there also) these poems are among the group of poems that I think of as my attempts to grapple with experiences I don’t have adequate words for—not really “spirit” or “soul,” maybe more something like “unknowing,” if that makes sense. They are little windows onto the encounter with something more than the self, and with the echo of its absence. Part of it is a feeling of awe, part a feeling of rupture, and I find that I write about it in broken lines at times, and in breathless syntax in others. This may all be a long way of saying I don’t quite know what they’re about, or what I’m doing.

It’s often the same difficulty for me—finding the right words, the right phrasing and images, to express on paper what seems clear in my head. It’s the problem of knowing what isn’t said, but trying to get it out (and get it right). It’s a very weird conversation—being deliberate and saying your part all at once and, in a way, silently. The reader talks, too, but only the reader gets to hear both sides. Which is strange, and kind of makes it more satisfying to be the reader.

My friends would tell you I’m notoriously bad at this. I’m reading my way through the dead writers as if there will be a test at the end of life. But some of the poets getting published by Wave Books are resonating deeply with me. In particular, I’m thinking of Mary Ruefle and Matthew Rohrer. I like them for different reasons, but there are common elements of inventiveness and risk in their writing, of a willingness to risk the sincere without being self-dramatizing or maudlin. I like that they still think poetry can tackle big issues, but that they do that in wholly contemporary and idiosyncratic ways.

Hmmm… I’ll drink with just about anyone, so that’s a hard one to narrow down. For non-poets, I think I’d opt for Neil Gaiman, simply because the stories would be so good, I’d forget how much I’d had to drink, and could just sit quietly and listen. Among poets, I’d probably say Fanny Howe, because I’d like to hear how she managed all these years to do exactly what she wanted whether only a few were listening or multitudes. Plus, I have questions for her about grammar, the line break, and commitment.

I honestly rarely sit down and intend to write a poem. Some random thought hits me and I see if I can follow it’s thread. More often, I rewrite rather than write. But I am attempting to get my varied poems into an overall shape, into a sequence that isn’t too heavy-handed on theme and that allows for different kinds of energy to come into play.

Our thanks to Matthew for taking the time to answer a few questions and share his work. Read his four stunning poems here: www.sequestrum.org/poems-from-matthew-ulland.

Matthew Ulland received his MFA from New England College and works in publishing in Connecticut. His poems, stories, and essays have appeared in Prairie Schooner, Barrow Street, MiPOesias, Illuminations, The Inquisitive Eater: New School Food, Coe Review, The Meadowland Review, Border Crossing, LIT, Hanging Loose, and other journals. He is the author of the chapbook, The Sound in the Corn, and of the novel, The Broken World. Find more of his work at mattulland.com.