“Christmas Charm” a short story by Robert Pope, appeared in Issue 20 and can be read here. 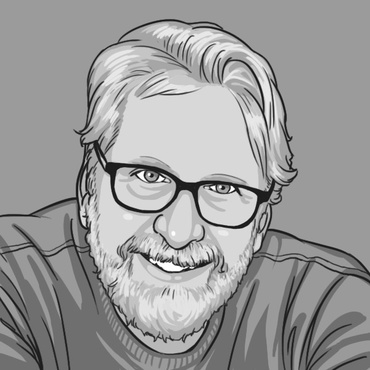 We’d love to hear a little more about “Christmas Charm.”

Crimes that take place in my adopted home town of Akron, Ohio are closer and more personal than those that take place in a larger city. I began writing “Christmas Charm” with the image of a boy coming home from school (I know which high school) on an average day in our small-town city to find the body of his murdered mother. For others in town, the shock of what has occurred so close to home will pass quickly into legend; for the son of the murderer, even if he escapes the immediate, brutalizing impact of his father’s impulse murders, the crimes will continue to have a grip on his life in conflict with his finest aspirations and dreams.

What was the most difficult part about writing this story?

The most difficult and thus most engaging part of writing the story was discovering what the boy would do next and next and how he would think about his life and responses, and, finally, how to best leave readers with the question I would like them to ponder: what happens after the end of the story?

I recommend JoAnn Chaney’s What You Don’t Know, for her unique development of the effects of crime on those nearby, and for making personal and intimate the details of a known crime—by moving it to Denver, lock, stock, and barrel. The novel is a grand escape, even as it explores the problems created by criminal exploits.

I might like to have a drink with Jeremy Bushnell, author of the inventive novels The Weirdness and The Inside. I’m not sure what I would have to say to him, or him to me, but if we got over an initial strained silence, we might have some laughs. That’s what I got from his books anyway.

I approach writing one story at a time. I have written and published so many different kinds of stories in this manner, but I do hope to bring together enough with some kind of connection to make another book. But all my attention will be given to the next story that occurs to me.

Our thanks to Robert for taking the time to answer a few questions and share his work. Read Robert’s story, “Christmas Charm,” here: https://www.sequestrum.org/fiction-christmas-charm.

Robert Pope has published a novel, Jack’s Universe, as well as a collection of stories, Private Acts. He has also published many stories and personal essays in journals, including The Kenyon Review, Alaska Quarterly Review, and Fiction International, and anthologies, including Pushcart Prize and Dark Lane Anthology.