“Puberty Subjunctive” “Because God Demands the Silence,” and “Mother with a Split Tongue” by Sara Moore Wagner appeared in Issue 26 and can be read here. 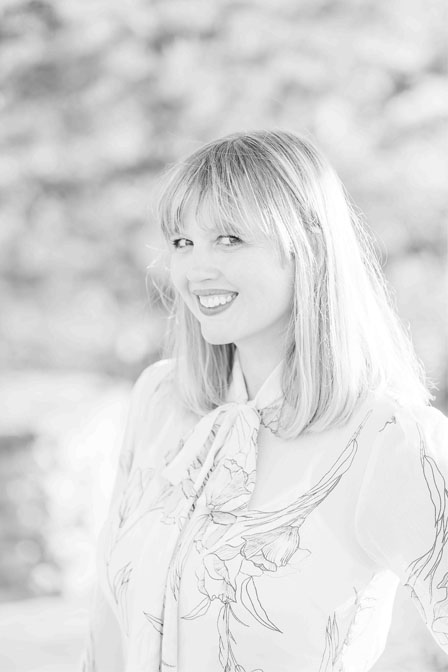 We’d love to hear more about this poetry set.

All three of these poems use magical elements that are traditionally applied to women in folklore and fairy tales and bring that into the realm of the real, bodily woman. In “Puberty Subjunctive,” the landscape reflects what is happening to the body. Ever since I encountered the work of Mikhail Bakhtin, especially his theories on the grotesque body, I have been drawn to pulling that into the contemporary and feminine space. In the other two, “Because God Demands the Silence,” and “Mother with a Split Tongue,” the speaker is transformed into the archetypal “evil” or “other,” she is the witch, but it’s my intention to make the idea of that dark female a little slipperier. As far as craft, I try to immerse myself in as much of this sort of text (fairy tale, folklore, theory) as possible, then follow a spark of feeling in me. I write very fast, then polish for a long time. All of these poems have been looked at and polished for about a year.

What was the most difficult part in writing these poems?

I think for all these poems it was deciding on form. For me that’s always the challenge. I usually write in a torrent-like form with no stanzas (like “Because God Demands the Silence”) and some poems lend themselves to this, whereas others like “Mother with a Split Tongue” need another structure. Finding that often takes a lot of time and thought.

Sharon Olds. Like me she came to writing later and as a mom, and she is so true to herself and art. Her success and strength are astounding. I’d love just to hear her talk right to me about all of it.

I’m working on exploring the area my family is from, small town Appalachia in Ohio, through a magical lens, looking at the way both growth and decay shape the towns there. Right now I’m in the research stages, but I am hoping this will turn into a book length project.

Our thanks to Sara for taking the time to answer a few questions and share her work. Read Wagner’s poems “Puberty Subjunctive” “Because God Demands the Silence,” and “Mother with a Split Tongue” here: https://www.sequestrum.org/three-poems-by-sara-moore-wagner.

Sara Moore Wagner lives in West Chester, OH with her husband and three small children. She is the recipient of a 2019 Sustainable Arts Foundation award, and the author of the chapbook Hooked Through (Five Oaks Press, 2017). Her poetry has appeared or is forthcoming in many journals including Poet Lore, Waxwing, The Cincinnati Review, and Nimrod, among others. She has been nominated multiple times for the Pushcart prize, and Best of the Net. Find her at www.saramoorewagner.com.