Sarah Gerkensmeyer’s short story, “Excerpts from a Zombie Girl’s Diary” appeared in Issue 13 and can be read here. 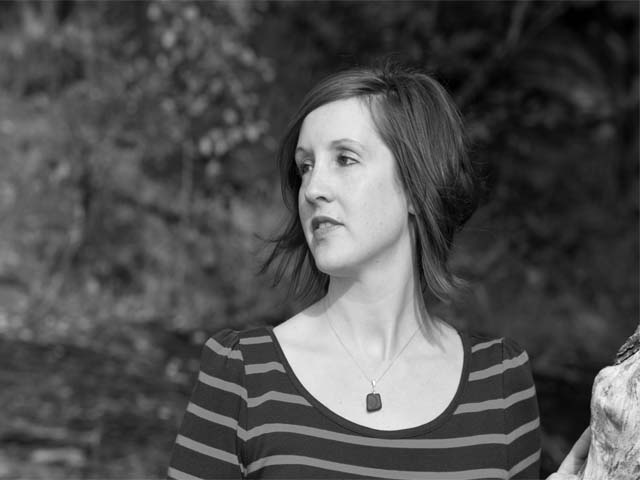 Tell us a little about “Excerpts from a Zombie Girl’s Diary.”

The idea for this story came to me several years ago. I jotted down a few notes about teenaged zombies going through some kind of journaling therapy and then didn’t return to them until just a few months ago. Although I had only written down a few sentences about the story, this character has felt whole to me since the moment I first thought of her. The desire to tell her story was just as strong a few months ago as it was a few years ago. I’m not sure how the idea came to me. And sometimes it feels bigger than a short story. (But of course that’s not always a reason to write something longer. I think that sometimes that sense of bigness and expansiveness that we encounter as short story writers—the need for more—is a sign that the story is as close to complete as it’s going to get.)

The hardest part was trying to negotiate the emotional terrain of the main character. Here we have a teenager who is full of angst and all the other blown-up emotions we feel when we are young, but she’s also a zombie who has limited access to both her thoughts and her feelings. And so I struggled with presenting her emotions as valid and authentic yet also broken and robotic. Also, in the first draft of the story the main character misses/wonders what happened to her mother. There was something a bit too syrupy and heavy for me in that dynamic. And so I switched it to her longing for her first crush. And all those goofy, awkward pre-teen mannerisms and lines of obsessive thinking helped me lighten up the process a bit and deal with the dark grit more indirectly.

Lydia Millet’s novel Sweet Lamb of Heaven. This amazing book is such a refreshingly odd mix of domestic terror, psychological horror, and the fantastic and surreal. It is an action-packed page turner and a foggy dream experience all at the same time. This book stunned me.

I’d probably want to have a martini with Lydia Millet (see above) so I can grill her about how she pulled off Sweet Lamb of Heaven. She is brave and bold, and so I’d be happy to sit in a bar with her for a while.

I’ve been cycling back to a novel-in-progress for about a decade now, returning to short stories from time to time when I need some air. The novel has morphed several times—enough that I feel like I have written a few different books. I’ve been narrowing in, over the last couple years, on the appropriate mix of the ordinary and magic. I’m hoping I’m finally getting close. A young girl with half of a heart who lives in the Minnesota north woods finds out she is pregnant (a condition that will most likely kill her if she chooses to keep the baby) and confronts monsters in the woods all at the same time.

Our thanks to Sarah for taking the time to answer a few questions and share her work. Read “Excerpts from a Zombie Girl’s Diary” here: https://www.sequestrum.org/fiction-excerpts-from-a-zombie-girls-diary.

Sarah Gerkensmeyer’s story collection, What You Are Now Enjoying, was selected by Stewart O’Nan as winner of the 2012 Autumn House Press Fiction Prize, longlisted for the Frank O’Connor International Short Story Award, and chosen as winner of Late Night Library’s Debut-litzer Prize. A Pushcart Prize nominee for both fiction and poetry and a finalist for the Katherine Anne Porter Prize in Short Fiction and the Italo Calvino Prize for Fabulist Fiction, Sarah has received scholarships to the Bread Loaf Writers’ Conference, Ragdale, Grub Street, SAFTA’s Firefly Farms, and the Vermont Studio Center. Her stories and poetry have appeared in American Short Fiction, Guernica, The New Guard, The Massachusetts Review, Hayden’s Ferry Review, B O D Y, Hobart, and Cream City Review, among others. Her story “Ramona” was featured in a Huffington Post piece on flash fiction and also selected by Lily Hoang for the 2014 Best of the Net Anthology. Sarah was the 2012-13 Pen Parentis Fellow. She received her MFA in fiction from Cornell University and now lives and writes in her home state of Indiana, where she is a winner of the Indiana Authors Award.