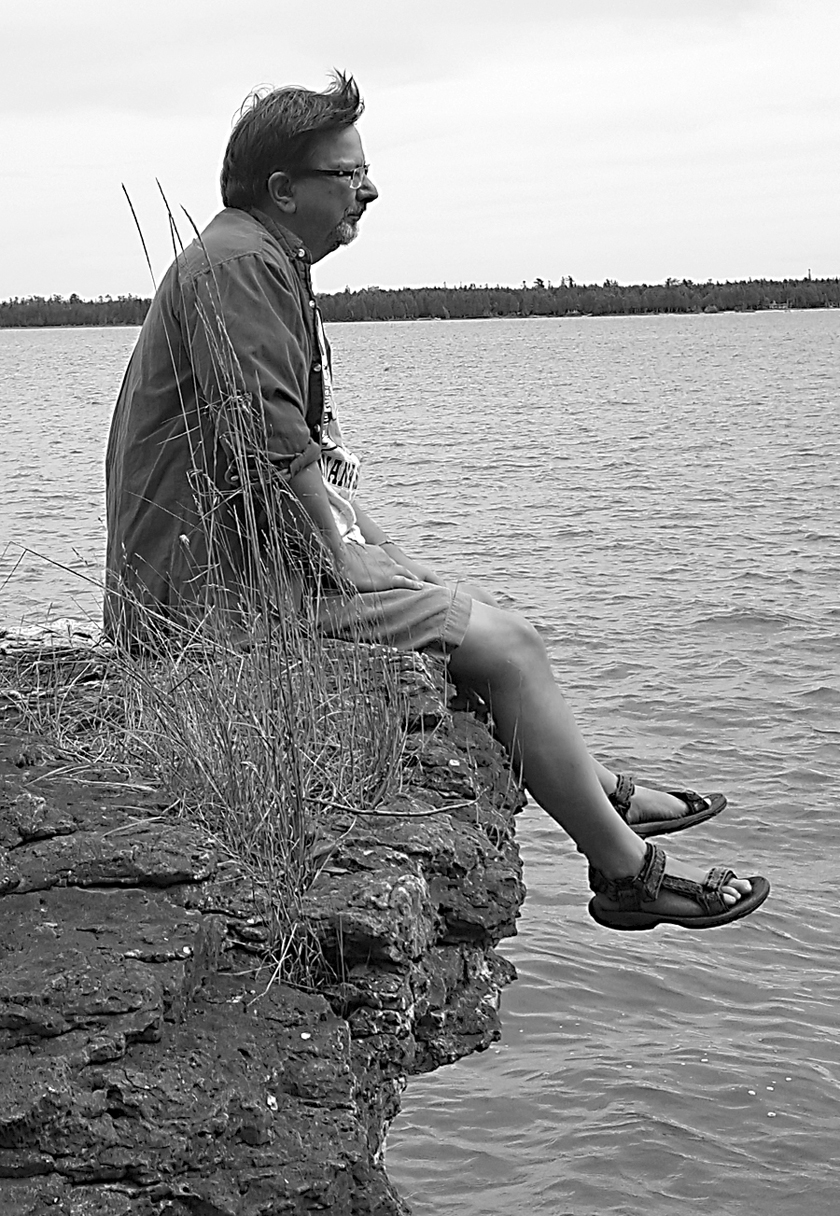 Two poems, “Dancing on the Edge” and “You said I should write more love poems and,” by Steve Tomasko appeared in Issue 14 and can be found here.

Tell us a little about Dancing on the Edge.

This poem melded (happily I hope) two disparate tidbits I had floating around in the back of my mind for a long time: my brother dancing 62 nights in a row and the word Zugunruhe. These were both “I need to use these in a poem someday” images. I didn’t have a clue that they would end up in the same poem, but somehow they both fell into it. “Dancing” is also up there as one of my most revised poems. I don’t always do a lot of revision, not that I don’t believe in it, but I’m not as discplined in that aspect as I’d like to be. But, “Dancing” kept nagging at me through many forms and many drafts because I wanted to get it right. I bounced the revisons off various friends and critique groups before it finally found its shape. All that said, I’m only about 85% happy with the end, so it could still change someday.

It took me awhile to find the right form. Various incarnations had the poem as a numbered piece, a prose poem; both shorter and longer versions. Also, as noted above, I wrestled with how to end this poem for a long time. I also struggled with balancing my brother’s true story with making poetic concessions (but he really did go dancing 62 nights in a row!).

And again, just one? Sorry, I’m cheating and say Andrea Barrett or Louise Erdrich. Barrett produces such extravagantly researched and lavishly well done books that they are simply a joy to read and the kind you can’t put down. Erdrich is an American treasure. Her early books are amazing and somehow she just gets better with every new novel (I’m not sure what superlative tops amazing, but she’s done it with her latest book, “La Rose”). Why would I want to have a drink with them? In an ideal world we’d have intelligent discussions on the craft of writing but in reality I’d probably make a fool of myself and ask silly questions like, “where do you get your ideas?”

I’d like to say another chapbook of poetry or the novel that’s been kicking around my head for years. But I haven’t been writing much. Instead, I’ve published one chapbook of my wife, Jeanie’s, poems (and designed it as well) and am working on another that is a collaboration of poetry and drawing between Jeanie and a friend-poet-artist.

Our thanks to Steve for taking the time to answer a few questions and share his work. Read Steve’s poems “Dancing on the Edge” and “You said I should write more love poems and,” here: https://www.sequestrum.org/poetry-by-steve-tomasko.

Steve Tomasko comes to poetry from a background in science, journalism and a life-long love of the written word. Steve has always been fascinated by science and nature and likes to incorporate that interest into his poetry. Steve has had poems published in several print and online journals including: Avocet, the Aurorean, Corvus, Echoes, the Fiddlehead, Hummingbird, Right Hand Pointing, the Madison Review, qarrtsiluni, The Unrorean, and Verse Wisconsin among others. He’s also been rejected by some of the best journals around. Steve lives in Middleton, Wisconsin with his wife (also a poet), three cats, a granddog and an (almost) empty nest.