“Thrillville, USA,” a short story by Taylor Koekkoek, appeared in Issue 18 and can be read here. 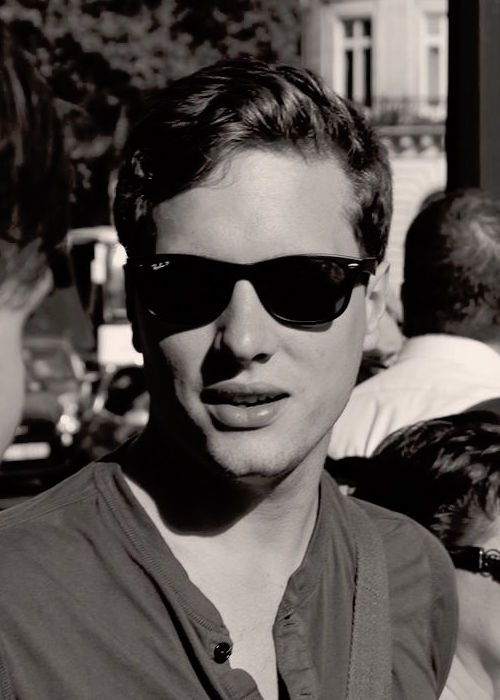 We’d love to hear a little more about “Thrillville, USA.”

Thrilville, USA was a real place in Turner, Oregon, just outside the state capitol of Salem. I used to go there as a kid. Other than its existence, I made up most the details about Thrillville, USA, and lifted some others from Oaks Park, another dinky Oregon amusement park, which is still in operation. There’s a mobile home park in Thrillville’s place now, off I-5, which is named Hope Valley.

Everyone called Thrillville a deathtrap. It had the unmistakable look of a deathtrap, except I don’t think anyone really died there, which was difficult for my brothers and me to imagine, disappointing even, because the rides themselves were nothing to write home about. Our thrills weren’t from the rides as intended, but from the risk of catastrophic malfunction, the statistically significant chance of bodily harm. We heard a guy ejected himself from the spiral waterslide, down into the gravel parking lot. We were told that one of the Rock-O-Plane carriages, while occupied, came detached from the wheel and fell a fatal distance, RIP. I don’t think that’s true at all—I have found no evidence in the way of corroboration—but we ate the stuff up anyway.

My twin brother (we’re not identical—that’s always the question) used to stay up late reading accident reports online from amusement parks, wave pools, restaurant chains, cruise lines, etc.  And from his research we learned of a popular Disneyland myth. Maybe you’ve already heard it. They say no one dies at Disneyland, meaning that all in-park deaths are only declared once the body has been removed from park grounds. Well, I thought that was great, true or not. What a wild notion. So then for the exercise of my short story, in the case of a roadside deathtrap of a park like Thrill-Ville, USA, which was never burdened with a stellar reputation to be maintained, the question became: why might a body need a clandestine removal, and how might that be made into a story? Anyway, that’s the root of where this one came from.

I tried this story once before, maybe a year before I began the draft that would later be published. It was total trash. Overly serious, if you can imagine, and almost entirely humorless. I was taking myself very seriously that year. Then my aforementioned brother, who is a flight instructor, was telling me about a run-in he’d had with his little, desert airport’s chief pilot, an aged fellow who lost a foot to a propeller mishap decades ago, and who still kept a dubious pill prescription for his phantom limb pains. I connected with that one, of course. How could you not? So I rewrote the whole story to accommodate it. Sometimes all you need is that one right detail to lead the tone, to orient the whole mess behind it.

Eric Puchner’s recent collection of short fiction, Last Day on Earth. The whole thing and the titular story in particular.

Will we count friends from grad school? They’re living anyway, and writing. I’d take a drink with friends. In Baltimore, there was a bar we went to near a skatepark converted from a decommissioned community pool. That’s where I’d meet them. I’m not convinced there’s much of an upside in meeting our literary heroes. I’m too fragile for that.

I have some stuff in the works. I’m working on short stories, same as ever. I’m also working on a longer project, but I won’t say too much on that for fear of jinxing it. Broadly, the project looks at a Christian summer camp that operates now on the same land that had once been called the Rajneeshpuram—a 64,000 acre ranch that previously belonged to the Rajneesh out in Wasco County, Oregon, back in the 1980s. The land has since changed hands and Gods and names more than once. I ended up there a lot as a kid by some vague family connections, and have been formulating my thoughts on the place over the years.

Our thanks to Taylor for taking the time to answer a few questions and share his work. Read Taylor’s story, “Thrillville, USA” here: https://www.sequestrum.org/fiction-thrillville-usa.

Taylor Koekkoek is a writer living in Oregon. His fiction has appeared or is forthcoming in Ploughshares, Tin House, Los Angeles Review, The Iowa Review, Witness, Glimmer Train, and elsewhere. Recently his story “Emergency Maneuvers” was selected in Best American Short Stories 2017 as Distinguished Story of 2016.