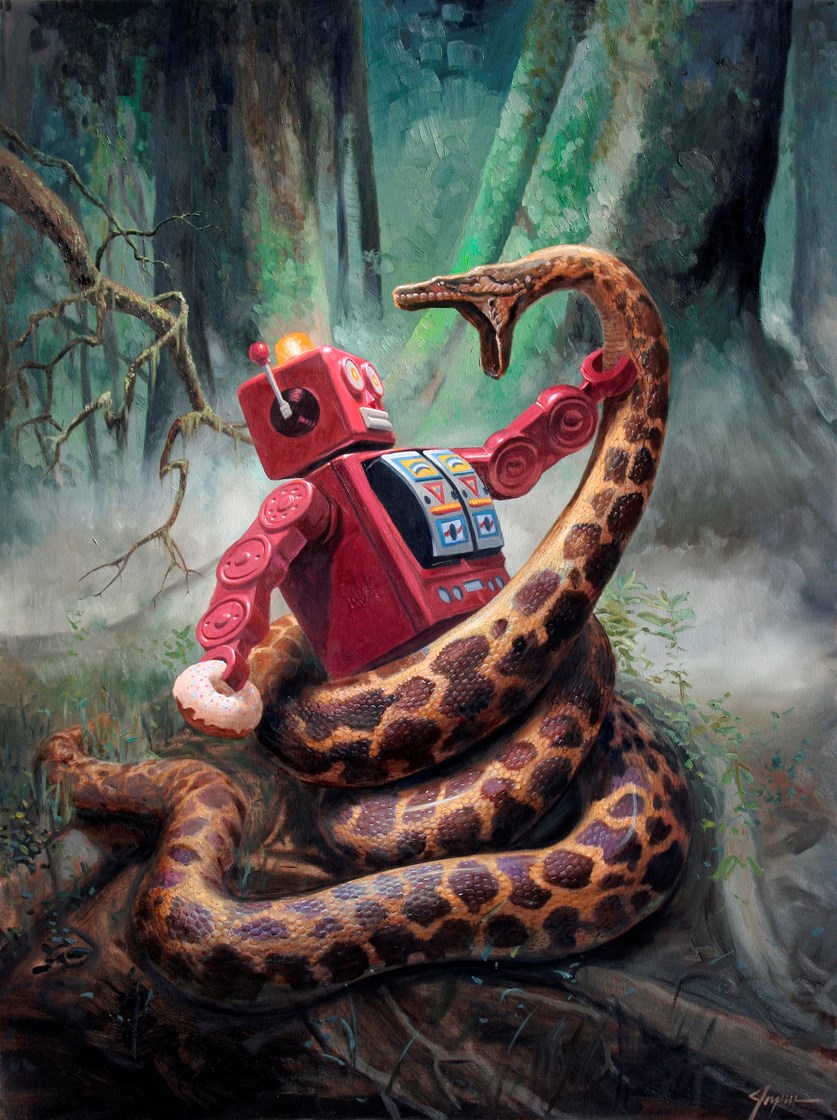 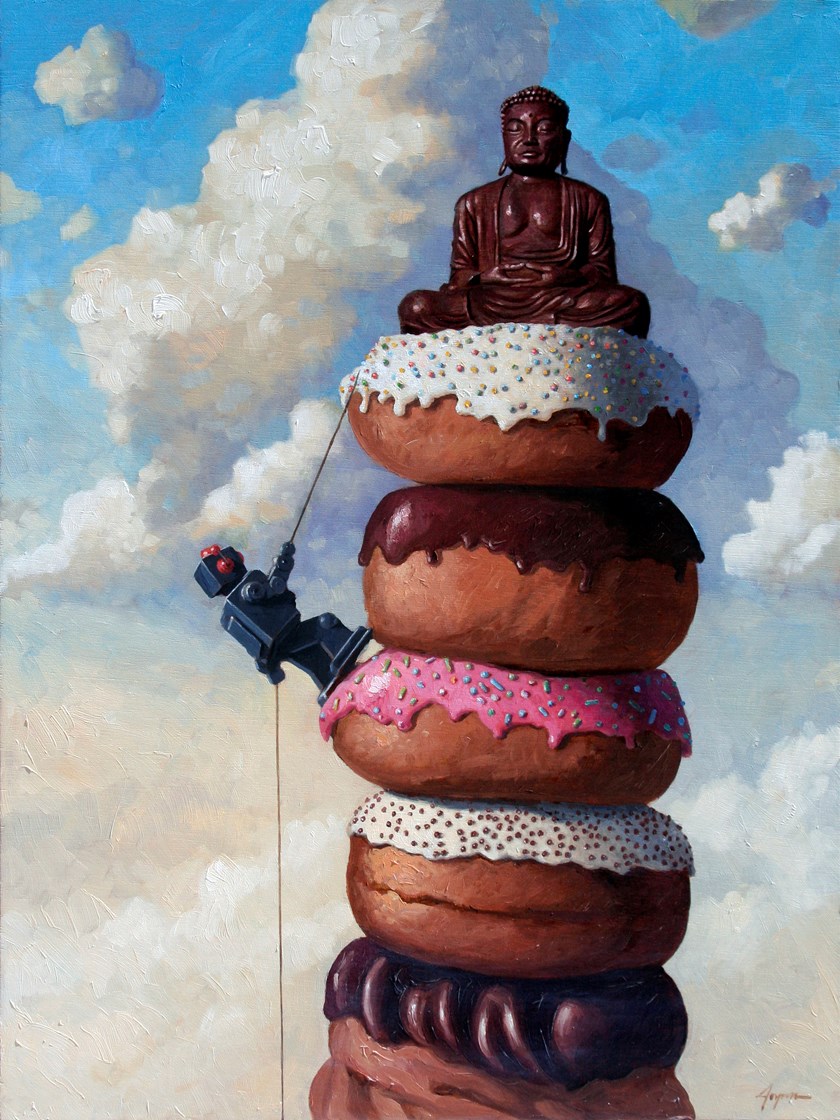 Eric Joyner has been a San Francisco based artist since 1984. After Art College, Eric was an illustrator until around 1999, when he decided to enter the world of fine art. After several years of painting a variety of subjects, Eric settled on the idea of having the common thread of robots and donuts in all of his paintings.