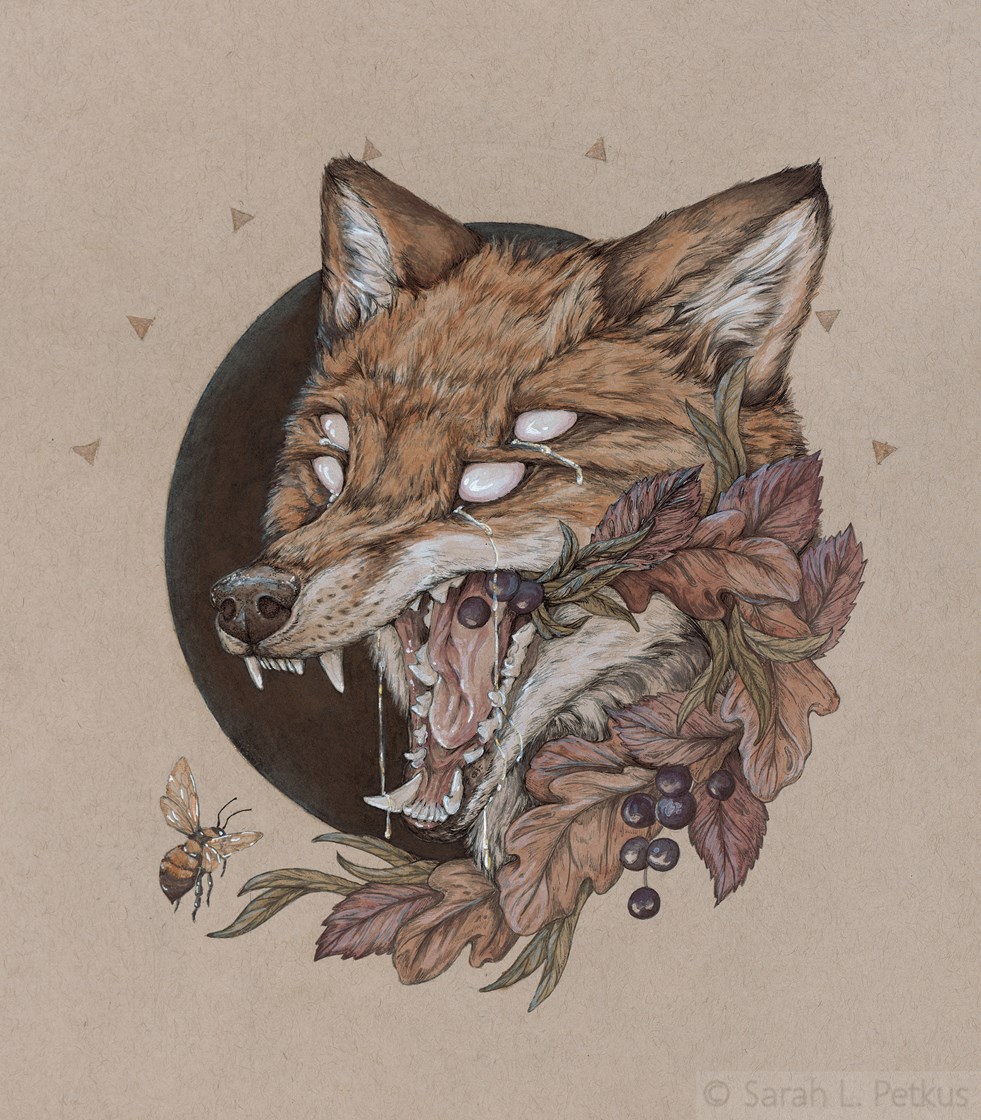 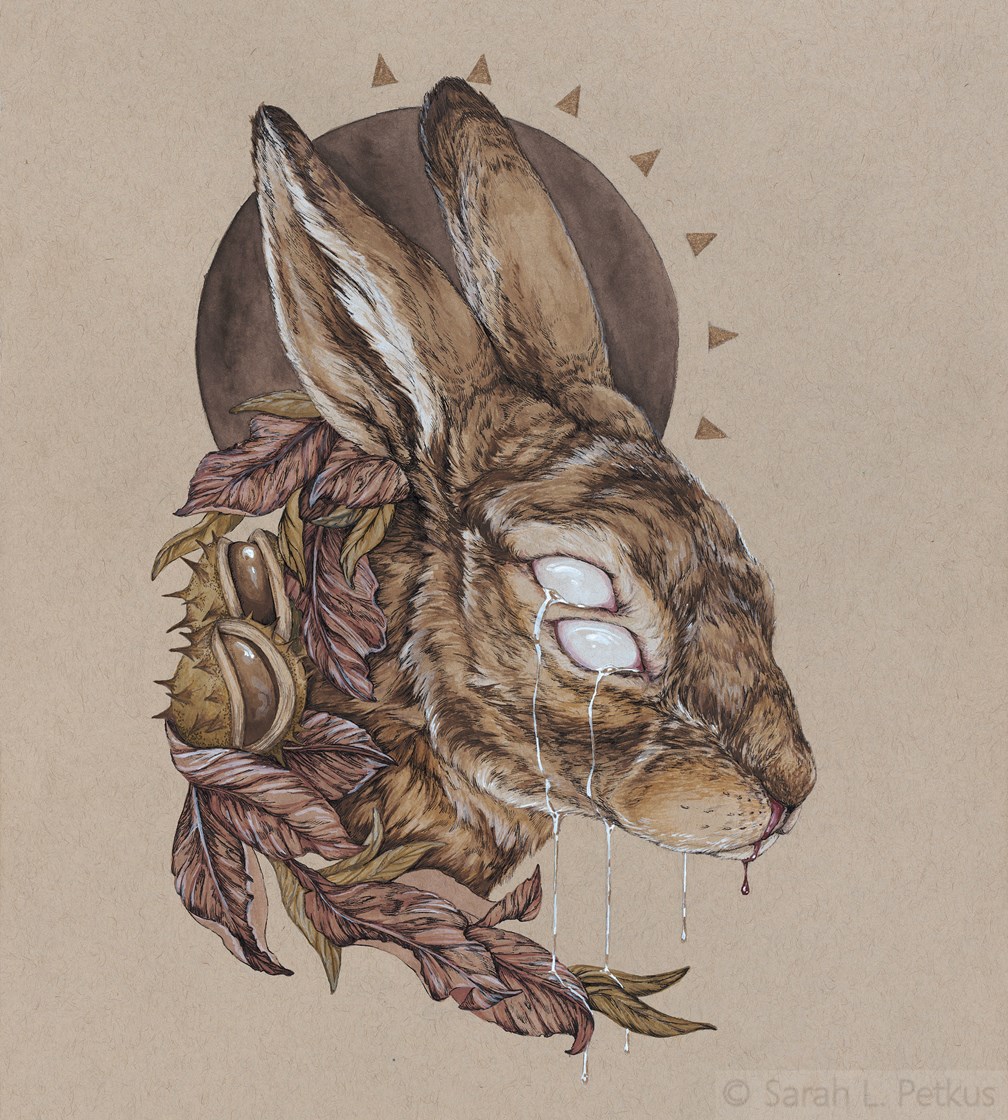 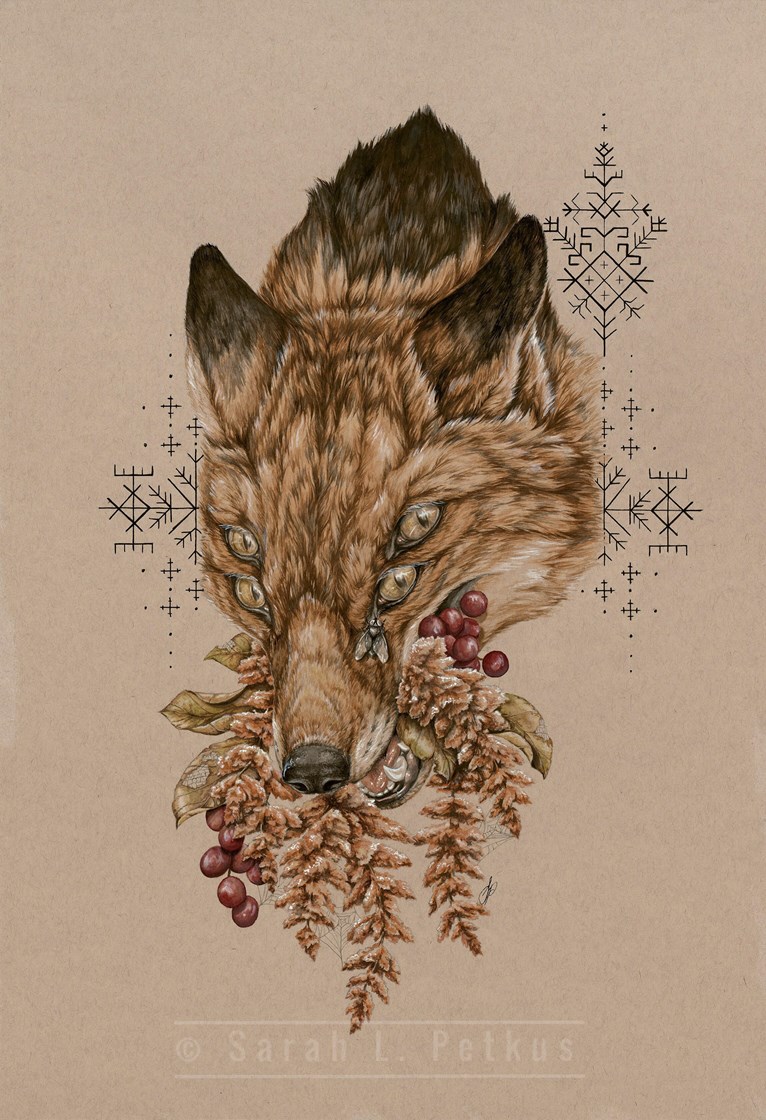 Sarah Petkus is an artist with a focus on the non-human. Her work stems from a relationship with wilderness, psychology, animism, and draws influence from archetypal mythology. Having had a lifelong kinship with animals, and particularly non-domesticated animals, wildlife naturally become Sarah’s artistic focus. Depicting animals as both godly, and at once victim to emotion and mortality, she attempts to portray a struggle and condition that we rarely consider outside of the human scope. Both ethereal and raw, her work aims to touch a more primal element within the human psyche. The concept of the “Mysterium tremendum et fascinans”, the terrible yet fascinating mystery, the sublime, the paralyzing feeling of awe, is something she hunts for in life and in her work. The inextricable relationship between life and death, beauty and fear, are common themes in her work.